Child Support – This is Real Life 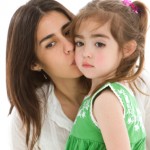 Understandably, many (most) people hate dealing with the court system.  In dealing with the issues of child support and maintenance, going to court can be a good thing. Especially regarding child support, the courts take on a very important role of protecting the children to ensure they are receiving the proper amount of support.  Take for example the following scenarios based on real life situations.  As with any good drama, the names have been changed to protect the innocent.

Bob and Joan were divorced in the mid 1990’s.  At the time of the divorce, Joan was named the residential custodian over their three minor children, Jack, Jill and Peter.  Statutory support was set in the Judgment for Dissolution of Marriage requiring Bob to pay Joan $1,000 per month, which represented 32% of his net income for the support of the three children.

When the oldest son, Jack, became emancipated, Bob recalculated his support obligation to pay Joan, $875 per month, which was what Bob calculated to be 28% of his net income for the remaining two minor children, Jill and Peter.  Joan did not contest the amount.  However Bob never went back to Court to adjust his support to the new amount with a new support order. The last court order (i.e. the Judgment for Dissolution of Marriage) still stated Bob was to pay $1,000 per month for child support.

The same situation occurred when the next child,  Jill, became emancipated.  Bob recalculated his support obligation to $625, which was what Bob calculated to be 20% of his net income.  Bob was correct about the applicable percentages, but Bob never went to Court to modify the last order (the Judgment for Dissolution).

Unfortunately for Bob, the Court found not only was Bob required to pay support until Peter completed high school, but he also had an arrearage dating back to when he unilaterally modified support when their first child was emancipated. The last court order required him to pay $1,000 per month.  For every month he paid $875 or $625 in support he accumulated an arrearage with interest, which resulted a total arrearage of over $10,000.00.

If Bob had simply gone back to court and had an order entered for his new amount of support each time a child cecame emancipated, he could have alleviated this matter completely and would only have had to pay the additional $1875 requested by Joan. Since courts are charged with the responsibility to protect the children in a divorce and to ensure their adequate support, child support cannot be changed without a court order, even if the all of the criteria for reduction in support exist.

Mike and Toni who were divorced in 2005.  As part of their divorce decree, Mike was to pay Toni child support in the amount of $125 per week based on Mike’s then earnings.  Mike worked hard and received a promotion, nearly doubling his income.  He still continued to pay $125 per week since that is what the court order stated.  Toni fumed that she was only receiving $125 per week in support when Mike was moving into a new larger home with his new wife and new baby.  Four more years passed, and Toni still fumed because she was only getting $125 per week.

Finally, Toni decided to take Mike to court to increase his child support.  As she expected, the court increased the support amount to $400 per week, as that was 20% of Mike’s new income; however the court only made the reward retroactive to the month prior when Toni filed her petition to increase support. The court refused to make the order retriactive to the date when Mike received his first initial big promotion and raise.  If Toni had come to court earlier to request an increase, she could have obtained the increase in support four years earlier. She missed out on over $13,000 in child support that she would have been entitled to receive.

Paul and Marcy divorced in 2008.  While the Judgment granted Marcy residential custody of the two children and required Paul to pay support to Marcy, the parties’ eldest son lived with Paul for a time.  Paul stopped paying support when his son came to live with him. When his son returned to live with Marcy, Paul did not increase the support again to the original amount. This was a significant period of time.

Court is never “fun,” but it is a necessary element of a divorce with children. The court is the protector of the children, to make sure they are not harmed in the process of the divorve. Even when parents agree on changes in custody and support, the agreement should be recorded with the court in the form of an order.  Modifications of support, and even visitation or custody, do not need to be expensive, time consuming or litigious matters.  When the parents are in agreement, changes can be accomplished quickly and efficiently with agreed orders.

The lessons learned in the real life scenarios outlined above include the possibility that agreements today can turn into disagreements tomorrow. If your circumstances have changed, and even if you and your ex-spouse are in full agreement on making changes to support (visitation or custody), get it in writing. Consult with an attorney and have the agreement formalized through the court system with an appropriate order.