When people are in love, they are not usually preoccupied with death; they are focused on living. Second marriage situations, however, present issues that should be discussed and addressed, especially when there are children from a first marriage. Whether the second marriage follows a divorce or the death of a spouse, careful consideration of estate planning is highly recommended.

We should be honest that discussing these issues can be awkward. For that reason, people often do not discuss them.  If one or both spouses have substantial assets, the issues can be partly addressed with a prenuptial agreement and/or trusts before the marriage occurs, but many people do not want to “rock the boat” before the wedding ceremony. (One might wonder how stable the boat is in that case.)

Sometimes, couples just do not think to discuss estate planning issues, particularly during the excitement and planning for a wedding. The topic is awkward to address at any time, so it often gets pushed to the back burner, and sometimes it never gets addressed until one spouse dies.

Tension can sometimes arise between a new spouse and children from a previous spouse, particularly when the subsequent marriage occurs later in life when children are adults. In these situations, the children may have little relationship with the new spouse.  If you do not address your estate planning, you can almost guarantee that the handling of your estate will not be what you want.  Either the new spouse will cut out your children, regardless of what you intended, or the children will take the new spouse to court and make her life difficult.

These situations are more common that one most people think.  I received a call one day from a daughter of a former client whose mother died.  The father remarried and moved to the Carolinas.  The father died many years later, and the new spouse told her step daughter that her father did not have a Will.  When the daughter called me, I was able to determine he did have a Will, and the Will was in our Will safe in our office.  The news likely came as a surprise to the new spouse! (The Will did not include her.)

Another situation involved a man who remarried when his children were teenagers.  There was tension between him and his children. (They were teenagers after all.) There was even more tension between the new spouse and his children as well as between her children and his children.  Initially, the man sided with his new spouse. (Smitten by love of course.) Over time, he repaired his relationship with his children, but the relationship between his children and his spouse got worse.  The new spouse was very domineering and controlling.  She manipulated his estate over the years so that most things were in joint tenancy or in her name. The man died many years later without a Will.  Though he had substantial assets, very few of those assets were in his name.  All of the other assets had been transferred to the new wife’s name, or were in joint tenancy and transferred to her upon his death.  It was not his intention to cut his children out, but that is effectively what happened, because he never confronted or addressed the issue.

Even when the various relationships are good, not addressing estate planning can lead to results that are not intended or desired. I like to say that everyone has an estate plan, whether you know it or not. If you have not done your own planning, your estate plan is laid out for you in the Probate Act. Without a Will, the Probate Act divides everything between the spouse and the children, with the spouse getting 50% and the children sharing the other 50%.

That arrangement can be altered by a Will. For many second marriage situations, however, a Trust is a better choice. Spouses can reject a Will and elect to take a spousal share (50%) even if a Will provides for a different arrangement. That is why it is important, especially in a second marriage situation, to discuss estate planning with an attorney who focuses on estate planning.

While we are never completely comfortable talking about estate planning, you should discuss it and plan your estate for your loved ones. Thinking through the issues ahead of time and planning how they will be handled is one of the more compassionate things that you can do for your family. At a minimum, you will have some peace knowing that things will be handled the way you want them handled. 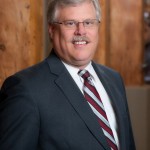 Additional articles on estate planning can be found at the Drendel & Jansons Estate Planning blog.

Additional articles on family law topics can be found at the Drendel & Jansons Family Law blog.

The Dangerous Rocks under the Waters of Joint Bank Accounts
June 19, 2019

Getting the Pieces of Your Estate Planning in Place
April 17, 2019