Family Law: A Perspective on Divorce 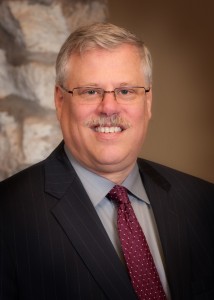 Most people realize that “Family Law” is a misnomer. Most people associate “Family Law” with divorce, and rightly so. Attorneys who practice family law usually have a high volume of divorce cases and follow up “post judgment” litigation involving maintenance (formerly known as alimony), child support, change of child custody and so on. Still, we like euphemisms, so “Family Law” it is.

In Illinois, the Marriage and Dissolution of Marriage Act (IMDMA) establishes the “rules” that define the commitment when two people marry. One reason that few people know or consider the IMDMA when they get married is that they believe in the personal commitment – that they will remain together “until death do us part.” Who goes into marriage planning or thinking about its failure? We would rather not think about the potential negatives just like we would rather use the phrase “family law” than divorce.

Years ago, I was asked to meet with a community college sociology class that was covering divorce along with other topics. They wanted an attorney to give them a different perspective. I had never really stopped and thought philosophically about it. Taking a step back at times and gaining a higher perspective is usually worth the effort, so I accepted the offer.

Thousands of people get married every day. Getting married is relatively easy. Obtaining a marriage certificate is inexpensive, and any justice of the peace or ordained person can perform a perfunctory ceremony. Many people spend months or years planning a wedding, but the act of getting married is really very simple and can be done in a matter of days or even hours.

We all have our sense of right and wrong, what is fair and unfair, but personal morality is trumped by the IMDMA when either party files for divorce; the social contract (IMDMA) becomes the arbiter of the relationship between the spouses and the unwinding of that relationship.

As easy as it is to get married, which can be accomplished in an afternoon in front of a justice of the peace, divorce is not so easy. The longer the marriage, the more intertwined the relationship. Especially when children are involved the unwinding (divorce) can be complicated. A whole host of rules will be applied (IMDMA) that are likely to be unfamiliar and unsettling. Principals by which two spouses agreed to live in their marriage may not apply in divorce. The structure of the relationship created by the spouses in marriage may not be the criteria used to define the respective rights and obligations of the parties in divorce. Assumptions made in marriage are replaced by the rules established in the IMDMA.

Couples who are able to overcome the emotions that always accompany a divorce and be “reasonable” and objective about their situation fair better in the process of divorce than couples who cannot get past the personal hurt, anger, disappointment and even desire for revenge or “justice”. Revenge or justice is never cheap.

I often have told people, when asked how long it will take or how much it will cost, it depends on the four people involved: the two spouses and the two attorneys. If any one of them is unresaonable, contentious or difficult, the process will take longer and cost more. Sometimes the emotions involved must take time to cool down before either or both spouses are able to gain some perspective and reach an agreement. Sometimes the only resolution to be had must come from the judge after a trial.

When children are involved, the “marital commitment” that was made lingers on past the divorce. Child custody, child support and obligations to contribute to college extend beyond the age of majority (18), and family arrangements, vacations, weddings, funerals, college graduations, grandchildren and a host of over events and circumstances will extend the ramifications of the marital commitment to the end of each spouse's life. To that extent, family law is a more apt description than “divorce”. The commitment that flows from marriage does not completely end at divorce, and the marriage commitment that includes children may never end until one spouse is in the grave (or later!).

Sometimes the complications that flow from divorce, particularly when children are involved, are hard to anticipate and prove very problematic indeed. Life is complicated and becomes doubly complicated when there is a divorce with children. Melding two parents together in one household changes to juggling two parents in two separate households that may include new step-parents, and step-children and step-grandchildren and so on. The adage that two people can live more cheaply together proves itself when one household becomes two households trying to make the same dollars stretch.

If you are reading this today and contemplating divorce, it makes sense to take a step back and to gain a larger perspective. I like to say that the “grass is not always greener” on the other side. Consider the personal commitment. Consider the commitment to God and church, if applicable. Consider the societal commitment that lurks in the IMDMA and how that will play out in the immediate and distant future. Consider the complications and ramifications of two parents in two separate households.

If you are set on moving forward, or your spouse will not be deterred, consider the fact that your marital commitment and the ramifications of that commitment will extend well beyond the divorce and act accordingly. Do not burn the bridges that will need to be crossed many times in the future by your children. Resolve to remain objective. Put away the feelings of hurt, anger and disappointment. Let vengeance go, as it is an exacting master. Make your future simpler and easier by not spiting and cutting off the past. It is what it is. You tried, and it did not work out. Make the best of it and move on. You are not contemplating a divorce so much as a new definition of what your family will be, and your ex-spouse will likely remain part of that equation to one extent or another for many years to come.